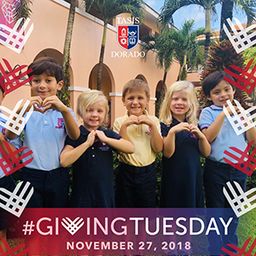 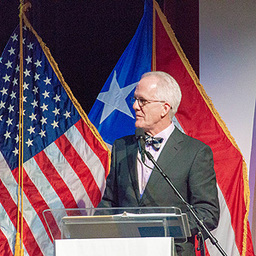 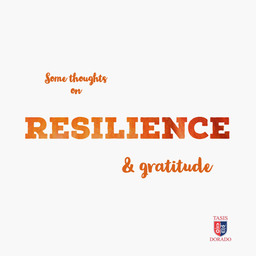 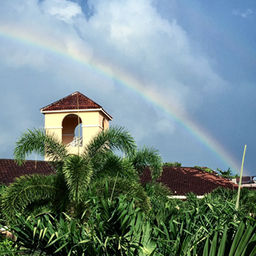 Reflections after Charlottesville and Barcelona
<Back to News
Bear Tracks: Gabriel Ramos Regis '17

Gabriel Ramos Regis is a member of the great class of 2017! As a student-athlete, Gabriel left a lasting impression on the TD community and is remembered fondly by many, both on and off the basketball court. While a student at TASIS Dorado, Gabriel found himself immersed in many aspects of the TD experience, such as being an AP Scholar, a member of both academic and service clubs, and a varsity athlete.

As a member of Model UN, Gabriel credits this experience with his solid foundation for public speaking. "Model UN gave me the confidence I needed as a public speaker and taught me the importance of speaking clearly. This experience allowed me to be comfortable in my skin," said Gabriel.

Dr. Dorian LÃ³pez LeÃ³n, Head of the History and Social Sciences Departments, AP teacher, and MUN Advisor, remembers Gabriel's enthusiasm for knowledge and drive for success. He comments, "Gabriel was an extraordinary student in the classroom. His passion for learning and never-ending intellectual curiosity made him an exemplary participant of the AP history courses. That excitement for self-improvement was also evident in Model UN, a forum that he exploited as a platform to share his ideas and propose solutions to issues that have presented themselves in history and that affect current societies."

Gabriel was also a member of TASIS Dorado's Interact Club, which was an experience that taught him the importance of service, appreciation, and humility. "My time in the Club showed me how blessed I am, how to appreciate and embrace the beauty in each day, and how to not take my blessings for granted," commented Gabriel. Aside from his involvement in extracurriculars, Gabriel was an integral member of TASIS Dorado's Varsity Men's Basketball team. While a TD Bear, Gabriel was named the team's Most Improved Player and received All-Alliance and League All-Star honors.

TASIS Dorado's Varsity Basketball Coach Garrison Knapp recalls his time as Gabriel's coach with sincere gratitude and great respect. He shares, "There are hard workers, a.k.a. gym rats as we say in the basketball world, and then there is Gabriel. He is easily one of the hardest working young men I have been fortunate enough to coach. To give you an idea of his work ethic, I offer an anecdote from one of our annual summer basketball trips during Gabriel's freshman year. These trips, not vacations, are anything but easy. Rather they are a grueling two-week basketball boot camp. The first workout of the day, called the Early Bird, starts at 6:30 a.m. Gabriel would already be on the court at 5:30 a.m. jumping rope. He had a goal to be special in basketball, and his work ethic matched that goal. Gabriel and his 2017 teammates took the TASIS Dorado basketball brand from the PRHSAA level to the National Puerto Rican level. For that, I am eternally grateful."

The combination of being a highly competitive student-athlete and an active member in various extracurriculars taught Gabriel the importance of time management. To be effective and successful both on and off the court, Gabriel needed to learn how to prioritize. Ultimately, his time at TASIS Dorado prepared him for the complexity of being a collegiate student-athlete. 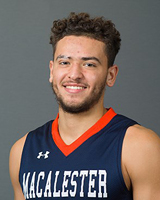 WHERE IS HE NOW?

Currently, Gabriel is a senior at Macalester College in Saint Paul, Minnesota, studying Computer Science and Political Science. Continuing his passion for being a student-athlete in a highly competitive academic and athletic atmosphere, Gabriel embraced campus life. He is a member of Macalester's Men of Color Collective and Investment Club.

Recruited by Macalester to play basketball, Gabriel has once again thrived as a student-athlete. Now a starting guard, Gabriel has not only grown as an athlete but has emerged as a leader, having been made as one of the team's two captains for the 2019-20 season.

"Being selected by my teammates to represent them as team captain is an honor of the highest level," Gabriel said. "We go to battle for each other day in and day out, and I intend to continue doing that in any way that is called upon. This program has amazing things in its future, and I am beyond excited to write a part of its history with my brothers."

When asked to describe Gabriel's impact while a student-athlete at Macalester, Head Basketball Coach Abe Woldeslassie shares, "Gabriel has had such a positive impact on our community during his time at Macalester. He is an exemplary student, a terrific teammate, and serves as co-captain in our Men's Basketball program. Gabriel's work ethic, passion, leadership, and care for his teammates is unmatched, and he has helped make our program and the Macalester community stronger."

Gabriel refers to his college years as life-changing. For him, it's been a time of growth and maturation. His perspective on the world has expanded, having the opportunity to engage with people from all walks of life. In preparing for life after college, Gabriel plans to keep basketball at the forefront of his professional goal with hopes to play for the Baloncesto Superior Nacional (BSN) league in Puerto Rico and ultimately pursue a career in coaching at the collegiate or professional level.

Gabriel continues to personify not only the mission of TASIS Dorado but the values he was taught as a TD Bear. He is driven to strive for excellence both academically and personally. His selfless leadership style on and off the court models his commitment to building a unified community. His genuine appreciation for his accomplishments, opportunities, and talents speaks to his integrity and humility. The book Good to Great describes a Level 5 leader as someone who displays "a powerful mixture of personal humility and indomitable will. They're incredibly ambitious, but their ambition is first and foremost for the cause, for the organization." Gabriel appears to embody the essence of this type of leader...he is one to watch and we look forward to seeing what he does next!

What is your favorite memory of TASIS Dorado?

My favorite all-time memory at TASIS Dorado was during my Junior year when the Men's Varsity Basketball team qualified for the PRHSAA League Semifinals. Through the leadership of Coach G. and TD Hall-of-Famers Norberto Perez, Pedro Casanova, and AndrÃ©s Casanova, the program had been to the semifinals three times, but each time it fell short in the finals. It was a stage that TASIS still had yet to figure out. Fast forward to the 2016 semifinals; we were down 15 at halftime. It was beginning to feel like a sequel of past shortcomings. However, our drive and determination refused to let us give up. We rallied, and we rallied some more...to the point that we not only won the game but flipped it to an eight-point victory! After the game, I distinctly remember sitting on the bench with my best friends to this day, Miguel Zapata and the great Richell Janga, and we were overcome with pride... we were deeply proud of what we had just accomplished together. It was one of those great feelings, but still knowing we had more to accomplish.

What advice would you offer to today's TASIS Dorado student?

Embrace what being a TASIS Dorado Bear is all about. We work hard, we persevere, and we strive for excellence. Nothing beats hard work in my book, and with that alone, you separate yourself from the pack. Furthermore, be confident in what you know, but understand you have much still to learn. This will allow you to listen to your mentors and those who have gone before you and absorb what is being bestowed upon you.

If I were a superhero, my superpower would be...

My biggest passion is...

the fulfillment of hard work and struggle.

In my profession, it's important...

to stay level...not too high, not too low. Persist through adversity.

Something most people don't know about me...

I am shy and low key in my energy, but I love giving and sharing with my family and friends.

Something most people don't know about me...

I am shy and low key in my energy, but I love giving and sharing with my family and friends.

I feel a strong connection with...

Are you a TD alum and interested sharing your Bear Tracks story?
Fill out the TD Alumni Bear Tracks Questionnaire